Contemporary Korean society has witnessed the rise and prevalence of Facebook pages that set forth their core identity as ‘misogyny’. Within this societal context, this study analyses the contents and logic of such pages, focusing on how they influence the younger generation, and thereby disclose the problematic discourses and methods deployed in order for them to re-appropriate democratic values, such as equality and freedom. Existing literature has read the ‘misogyny’ phenomenon rampant on online, epitomized in the Facebook ‘Kimchinyo (Kimchi Girl)’ pages, as a patriarchal attempt to restore the authority of men over women. The uttering subjects of ‘misogyny’ characterize the current changes in the political dynamics of gender as a ‘crisis’, and thus position themselves as the minority. Moreover, they have tried to attain their ethical justification through differentiating themselves from ‘Ilbe’. Another strategy adopted in the course of
self-justification is humour. Humour transforms ‘misogyny’ into a playful game, alleviating the psychological resistance general Facebook users may have against propaganda of hate, when presented directly. ‘Misogynist’ communities on Facebook are being continuously proliferated and bridged between each other, via the mechanism of ‘like’, under the recognition that ‘misogyny’ is routine and reasonable. In order to react to and confront the affirmation of ‘misogyny’ as a normality, it is important to imagine an alternative masculinity, as well as an original conceptualization of femininity and gender relationships. The role of civil society in countering the phenomenon of ‘misogyny’ is highly important: to prevent the pervasion of ‘misogyny’ and its gradual ramification as a legitimate form of culture, intervention of a social level is most needed.

The Division of Housework within Married Couples in South Korea: What’s the Problem?

Joo, Ikhyun and Seongsoo Choi. 2019. “When a Man ‘Helps’ a Woman: The Importance of Time Overlap in the Division of Housework within Married Couples.” Korean Journal of Sociology 53(2):213-51. Existing research has documented that husband’s additional Read more…

Now are Korean women happier than in the past? 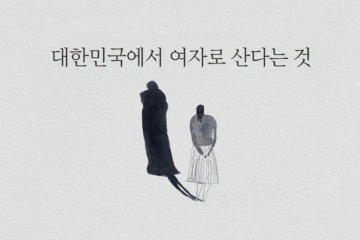 What is it like to be a woman in South Korea?

Most Korean research on gender divisions of housework focuses on married couples. This article extends this literature to examine gender differences in housework across living arrangements and marital status, with particular focus on during transition Read more…